What is the philosophy of Docz - an open source software documentation tool?

Understanding a given piece of code that was most likely written by someone else is a significant challenge in software development/maintenance. According to research (Source), the program comprehension process may account for more than 60% of the software maintenance effort. Design decisions taken in the past have a major effect on developers' work in developing long-term software products today. If the challenge is to modify the current program, the program must first be fully understood by the developers.

Docz is one among them and might be the best possible tool since it is entirely open source and has around 21k stars and 1400 forks on their Github. Docz is built using Gatsby underneath the hood, making it an incredibly fast modern doc generator and one of the most advanced tools of the new frontend era. This article focuses primarily on what Docz is and the philosophy that underpins it.

A guide to successful code documentation 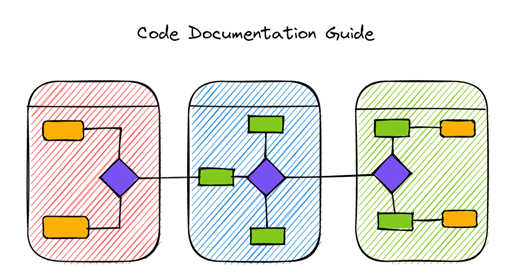 Transforming a concept into a reality

It's easy to have a big idea, but illustrating and putting it into words requires a lot of thought distillation. The code's design is improved by documenting it. The author can think about the API and design decisions more formally after writing them down. It also allows other developers to add code that follows the author's intentions as a positive side effect.

Firstly, you must ask yourself for whom to write. You usually have to appeal to either users or developers. Users are just people who want to use the code and aren’t concerned about how it works, whereas developers like to contribute to the code again.

Which project license should you pick?

There are numerous licenses for free/libre open source software, significantly used for a single software application. Since the beginning of January 2011, 96 percent of all projects have had the top 20 most commonly used licenses. With over 60 percent of all the projects using one of the GPL licenses, the GNU General Public License (GPL) family of licenses remains the most used license group for free/libre open source software projects. This sluggish distribution of license use has led to a community call for standardization of a limited number of free/libre open source software licenses that are known and recognized in order either to guarantee a clear understanding of mutual obligations when mixing code for various projects and to streamline the process of managing contribution. The decision to use an open source license for a project's code base is not straightforward and is influenced by several factors. In general, when reusing code from other projects, license compatibility is the most important factor in selecting a perfect license for the project.

Do not Repeat Yourself (DRY) software development principle states that duplication in logic should be eliminated through abstraction, while duplication in process should be eliminated through automation. It's a complete waste of time to duplicate tasks again and again. Adding completely unnecessary code to a codebase increases the amount of work needed to extend and maintain the software in the future. So good programmers make reusable code components and try not to repeat themselves in their code. As a result, everything should be very well documented so that other developers can jump right into the codebase and start using that code component without any hassle or difficulty.

The scope of a project can be determined with the help of documentation. Some people might find the source code compelling. They might be interested in reporting any issues in the code they find. As a result, documenting every step-by-step guide for reporting issues makes it a lot easier for anyone who wants to help with the project.

README file is a document that provides users with a detailed description of a project that you've uploaded to your repository. An excellent README can help the project stand out among others. It should be on par with the project. It is the first file a person sees when they come across your project, so it should be very concise but thorough. README also helps to assist users and developers in focusing on what the project must deliver and how it must be delivered.

Users need to know how to get your code and run it once they've decided whether or not they want to use it. For the most part, your setup guide should be thoroughly documented and should be a couple of lines long. If necessary, a page with more information and details should be linked. 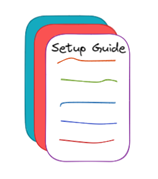 Every day, a large number of people face the same common problems. If this occurs frequently, you should probably update your documentation or code to address the problem. There will, however, always be questions about your project, as well as things that cannot be changed. As a result, documenting and keeping track of the entire process is critical. In general, projects evolve daily, so FAQs quickly become obsolete, but when done well, they can be a very useful resource.

Maintaining the documentation manually takes a lot of time and effort, which slows down the process of releasing a new version of the product itself. Docz is crafted on the following lines- to ease the pressure from coders so they can devote themselves entirely to innovation rather than spending time in handling complex configuration. Docz’s SEO friendly tools support developers in curating an optimized documentation that can be further utilized by aspiring innovators.

In a world of commercial and closed source documentation software, Docz stands high above the ground. The open source technology enables Docz to share their product with communities facing resource crunch but committed to foster innovation. It allows users to quickly create live-reloading, production-ready documentation sites with MDX and personal customisation. The creators of Docz wanted it to be freely available and inspire developers into monetising and crafting faster documentation. That marks the philosophy of Docz- free availability and an outreach to communities.

Docz is entirely built with GatsbyJS. It is intended for extremely fast development and build times. It also makes extensive use of GatsbyJS's large ecosystem of plugins and tools. Building and running documentation with docz does not always necessarily require complex configuration settings. You can easily create beautiful, customizable sites with a single command. It is based on mdx, which allows you to import and use your own components inside Markdown-style files. Docz can also be customized with plugins, and it includes native TypeScript support for TSX components, as well as the ability to generate documentation directly from prop types and comments inside of the code.

GitHub - doczjs/docz: ✍ It has never been so easy to document your things!