Future of Open Source in Quantum Computing: A Brief Analysis

Quantum Computing was the result of an absurd experiment by Schrödinger on his cat. Quantum computing is under development but has the potential to transform the computing industry. In less than a decade, quantum computing has progressed from a theoretical concept to solving fascinating puzzles. 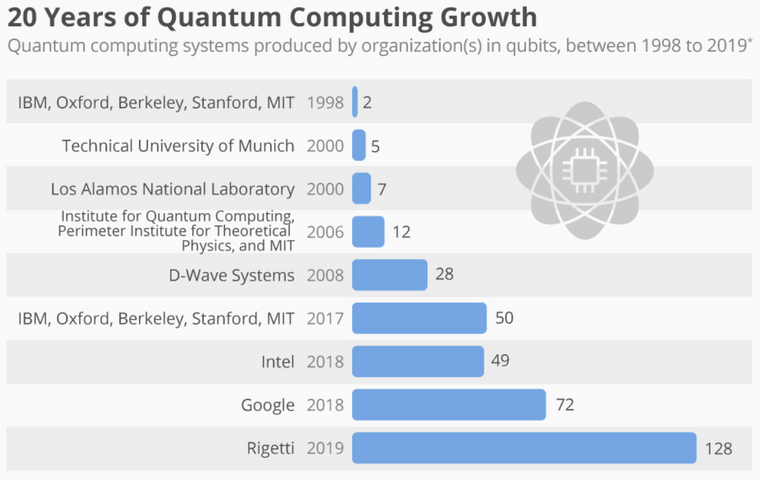 Quantum computing can offer an aggressive boost to many issues considered inconceivable today. The field is dynamic and young, with software projects continuously pushing the boundary of human knowledge. However, the studies in quantum computing suffer from understaffing and a lack of scientists, programmers, and developers with skills relevant to this field. Other challenges that hamper further progress in quantum technology include:

In 1980, physicist Paul Benioff proposed a quantum mechanical model of the Turing machine sparking the beginning of quantum computing. It is the processing of information using unique quantum states. By utilizing quantum phenomena such as "superposition" and "entanglement," these machines process faster information than classical or powerful supercomputers. In contrast to traditional computation, which involves manipulating binary digits (0s and 1s), quantum computers use the qubit as their fundamental unit. Unlike bits, a qubit can exist as a superposition of both 0s and 1s, revolving one way or another only when measured. A qubit can encode a state of a quantum mechanical object (example: polarization of a single photon).

The field of quantum computing is rapidly evolving and changing. Several Noisy Intermediate-Scale Quantum (NISQ) hardware implementations were created and demonstrated in the past couple of years carrying advanced quantum technology. The term "NISQ" is often used interchangeably with "Near-Term" because the devices available in the next few years will be small and lack error correction. As one might expect, the fact that these near-term devices will be "small" and "noisy" limits their potential. "Small" does not refer to the physical size of the quantum computer but the amount of basic information. This variety of hardware adds another layer of complexity to the development of quantum computing algorithms and software. The developers have to stay updated with the recent trade-offs introduced by hardware.

Over the past few decades, scientists have come up with algorithms to make use of quantum computation. Shor's and Grover's algorithms are two of the most well-known examples of quantum algorithms with theoretically proven speedups over classical algorithms. However, there isn't a technology developed to counter NISQ's drawbacks. Some NISQ techniques have been proposed to handle this problem. The most popular one is Variational Quantum Eigensolver and Quantum Approximate Optimization Algorithm. The constraints of near-term hardware make the development of practical algorithms particularly challenging.